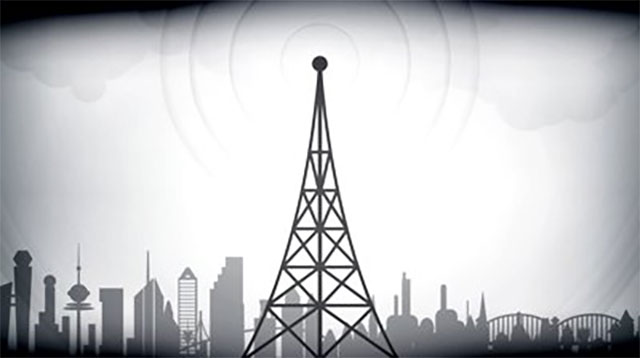 Sometimes the hardest thing to explain about VR is how to get it to the audience. For most, this is where VR aspirations end. Projects can become cost prohibitive. If you truly want to reach a wide audience, there’s simply not one single platform that will do that for you. That’s not to say they aren’t coming, but for now, what can we do to reach the biggest audience?

Let’s start with the easiest and cheapest option. No budget? No problem! There are several free platforms for hosting 360 video content available now. The only catch is, you’ve got some other channel’s branding on your video, and services like these may have to display ads to keep giving you this free bandwidth.

In March of this year, YouTube announced support for 360 video content for Chrome browser users and the Android YouTube app. By late May during the IO conference, they announced support for iOS (8 and above) in the YouTube app as well as a “Google Cardboard mode" for viewing in VR. Of course, the cardboard viewing mode can be used with any type of phone holder VR headset.

Having 2 billion users, YouTube is going to be your greatest chance at reaching a large audience. However, they still have compatibility issues with several browsers. We also hear problems reported from several mobile phone users on our channel.

We’ve also got several platforms built specifically for 360 video, these companies were pioneers in this new medium. Consider looking into Vrideo, Littlstar, and Kolor Eyes. These platforms have made great strides to be compatible with many browsers and mobile devices and even have their own native mobile apps. They offer other features currently not available on YouTube like 3D stereoscopic modes, Oculus Rift support, alternate projection modes, and even apps for Samsung Gear VR. The only downside to these platforms would be the lack of public awareness, you’re not going to see a surge of traffic by simply uploading your content here. The potential for virality is much lower, but if we all use them and share our videos, that may change.

So at this point we can reach a fairly huge portion of the market without spending a dime, albeit with somebody else’s branding on our stuff.

Phase 2: Build Your Own Player

Building your own native player and designing the features you want for it has huge advantages. These WebGL applications are making it easy for anyone to watch the same 360 video content from the desktop, from latest generation mobile devices, to VR headsets. You aren’t limited to one single platform and how many units they’ve sold. This opens your project up to billions of smartphone owners. But, there’s a catch, there always is.

WebGL is very new and experimental, especially for VR and mobile. Only the very latest and greatest smartphone users will be able to watch content in a browser-based player without wanting to chuck their phone at a nearby street performer.

WebVR, also very experimental right now, will allow you to watch video content direct from your player on your Oculus device and other headsets it may support in the future. It’s an open standard. It’s currently only available through special test distributions of Chrome and Firefox. It’s a lot to ask somebody to install a whole separate browser just to watch your content, but let’s remember these are the people who bought an Oculus. They’ll do it.

We also have the entire audience of mobile device users who have Google Cardboard or the many other phone holders made from plastic, metal, rubber, foam and so on. Again, only those with the best and newest mobile devices will have a good experience here. This entire audience will be able to use your player to display your content in VR mode.

The best thing about developing your own player experience is that even if some browsers don’t support advanced VR features, you can design elegant fallbacks or alternatives so that your viewers can still be entertained and access content with toned down features. Development for VR is starting to really look a lot like mobile web development, where you design 1 experience for all screens where the end user doesn’t have to be concerned about what model phone they have or what browser they’re running. They shouldn’t be, this is something we should integrate for them seamlessly in the back end.

There’s web development time or budget (however you split it) involved in producing a viable user experience for VR on the web and over connected mobile devices. While 360 Labs offers development services to create these players for brands and campaigns, we can also point you to great resources to DIY. The krpano Viewer is one of the most powerful platforms out there for displaying 360 video and photo content - gigapixels too! I’d also suggest checking out the WebVR and MozVR projects if you are curious about building your own web applications.

Just like mobile did, VR is on it’s way to standards and best practices for the web. As we improve bandwidth all while increasing efficiency at the same time, the days of having to download a 500mb file for every VR experience will soon be over! Thank god!

Phase 3: Take it to Samsung Gear VR or Oculus

Samsung/Oculus have their own proprietary app store. Getting on there is not too difficult, but it is curated. While Samsung’s Gear VR is still not called a consumer product yet, they’ve hinted at shipping nearly a million units. For us, it’s been the most well received piece of VR hardware we’ve shown. Now with support for the Galaxy S6, this audience will get much bigger. Oculus has probably sold close to 200,000 dev kits, it’s been awhile since they’ve announced recent figures but in Q1 2016 they plan the big consumer push. So it couldn’t hurt to have applications ready to go, or time your projects accordingly. A lot of Oculus apps are built in Unity or Unreal Engine, and they have a great SDK and developer community.

Arguably for a 360 video experience, Samsung Gear VR should be prioritized over Oculus Rift. As previously mentioned, you can cater to the Oculus audience with your own WebVR application or many of the free 360 video hosting platforms. So I’d suggest designing your app to meet the requirements for the Oculus mobile submission guidelines, so they’ll be Gear VR ready.

Samsung also has their own distribution channel for the Gear VR called Milk VR, although there’s no guarantees that your content will be approved to be shown there. It’s heavily curated programming. Viewers can choose to stream (poorly) or download videos. Although Samsung keeps a tight lid on the projects they allow on Milk VR, they also have a new channel for everyone else they call “Gear Indie.” So if your project doesn’t involve a pop star or a pro athlete, there’s a place for your content too.

But Milk VR isn’t your only choice for third-party distribution on the Samsung Gear VR. Companies like Immersive Media, Littlstar and Vrideo have their own apps and are willing and able to host your content. However, currently none of these solutions have any options for monetization.

So we’ve still got those mobile users with an older generation device wanting to spike their phone into the pavement when they watch our content. How do we reach this audience? Native apps for Android and iOS.

I can play 360 video content all day on a Samsung Galaxy S3 with a wonderful app called Kolor Eyes. Even streamed. Yet, the latest apps that have come out for Google Cardboard (that are all massive downloads) won’t work on this phone. Those fancy WebGL players via the browser? They work, kind of, but leave much to be desired on this older phone. Want to crash your browser? Give it a try!

I’m no expert mobile developer, but it seems like more resources can be made available via the native apps. These apps will ensure that a huge percentage of mobile users who have not upgraded recently will see your content and actually enjoy watching it. You’ve also got the option to create an experience that can fall back to any quality or resolution as needed.

If you have to choose one or the other, start with iOS. Android has much better support for VR today. Apple only recently starting supporting WebGL with iOS 8. I can’t remember how many times I’ve seen an iPhone owner with a frowny face when they’ve seen VR for the first time but we tell them the content they just saw is not available for iOS. Don’t ignore Apple. One of these days Apple will likely make their own play in the VR industry, but until then we need to help our our iOS friends who are less fortunate.

Finally, consider a Google Cardboard app as well. Recently it was announced that over 1.1 million Google Cardboard units had been sold through the various retailers who were offering the templates. A lot of people frequently search for cardboard apps, we see keyword searches for “cardboard 360 video” content all the time. If you plan to create a native Android app, you can likely go to the cardboard category with the same concept (and a lot of the same code).

You’ll likely want to measure the success of your campaign or project. Traditional analytics packages with event tracking will get you most of the way there with web applications, but there’s a growing need for more advanced tracking in VR specifically. Companies like Retinad are pioneering new ideas for analytics in VR and measuring advertising campaigns. It’s early yet, but we’ve also got technology like FOVE that can actually track eye motion in VR so you can know exactly what viewers are really looking at.

So in conclusion we’re not exactly lacking options here, but we need to see more standards and compatibility to improve the user experience. As bandwidth improves and open standards allow for web browsers to display VR on multiple devices, I can see that consuming VR content will become a much more streamlined experience. Although it’s a bit dodgy now, I think we’ve learned a lot of lessons from the advent of mobile. VR is poised to become a useable new medium.