These days, there’s a new 360/VR camera just about every quarter. Manufacturers are putting out new unibody cameras that are more convenient to use, higher resolution, and packed with lots of features. But at the rate the technology is moving, they’re often obsolete within the next six months.

Despite all of the advancements and the new competitive market, I’m still left wanting. We’re missing a few key pieces to this puzzle, and with each new product announcement, it seems like these features are overlooked and ignored while 360 camera brands boast about pixel count, 6dof, or easy to use stitching software.

The majority of new 360 camera products today at the professional level offer no level of water or dust resistance. There is no good option, outside of a consumer “action cam quality” products to do anything dangerous or high-speed with VR capture. Furthermore, the trend of moving towards unibody camera designs has pretty much all but killed off the concept of a modular system, forcing us to buy new cameras every 6 months if we want to keep up.

Personally, I have no desire to get involved in the hardware side of the business. I commend those of you who do, because I know it’s a tough market. But as a professional who’s been shooting this content for more than 5 years, I can speak to the needs that haven’t been met. This is my open letter to 360 camera manufacturers. Take it or leave it, just my 2 cents.

Cinematic VR is About Capturing Experiences

It’s not about trying to mimic films and TV. This is the mistake so many manufacturers and some of the biggest corporations behind VR today make when they assume they know what we want as VR filmmakers. Some of our most popular videos by far, with millions of views, are some of the most insane action-packed POV experiences we’ve shot.

People don’t want to watch an experience in a headset, they want to feel like they’re having the experience. Yet we have Facebook out there backing cameras that are bigger than beach balls and weigh 2 tons. We have Google promoting massive arrays of obsolete GoPros for lightfield still shots. Nobody is going to experience anything remotely close to a thrilling real-life experience from cameras like these. 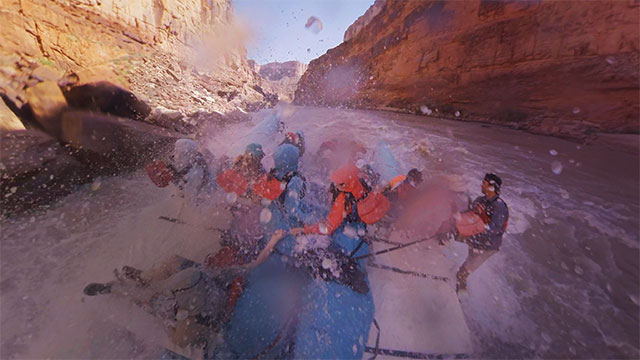 I’m tasked to create experiences for VR headset wearing viewers and allow them to do things like walk in the shoes (or flippers) of a US Coast Guard rescue swimmer who jumps out of helicopters from 20 feet high into the ocean. I’m asked to capture 360 POV inside of an ATV moving at top speed jumping off the peaks of sand dunes. I’m challenged to strap a camera to a whitewater raft barreling over 15 foot waves in a class 10 rapid.

The product I need for this does not exist. There’s a huge gap in the market between lower-end consumer level 360 action cameras that are limited by lower resolution and framerate, and higher-end professional VR cameras that have zero rugged features and no flexibility.

What Happened to Modularity?

Every new camera today is some kind of unibody design that’s practically obsolete by the time you make the first pre-order sale. Your competitors are already 1-upping you with something better. No doubt, by the time you finish your R&D and have a stable prototype, a better sensor option became available. If you want to use that new sensor, you have to basically start all over again, delaying your product and annoying your would-be customers.

As VR filmmakers and producers of commercial content, we don’t rely on one piece of equipment. We have an arsenal of tools at our disposal to get the job done. We don’t want you to try and cram every feature and function imaginable into one camera, because we know it’s impossible. Instead, why not focus on providing a whole lineup of tools, understanding that it will change over time as the industry evolves? 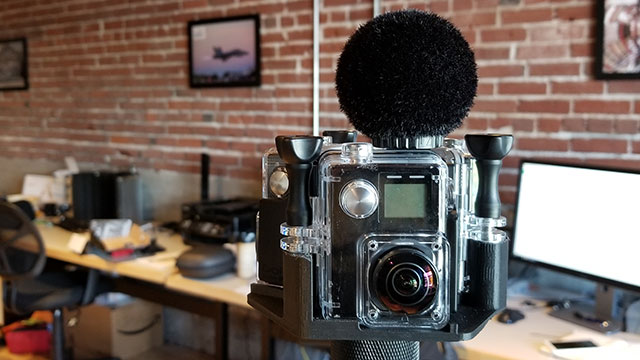 This was a custom build we made for a project with the US Coast Guard, featuring a waterproof mic, and 220 fisheye lenses that could be made water-tight with extra silicon.

Modularity is one of the most overlooked factors for new 360/VR cameras today. Part of the allure of the multi-GoPro array that so many of us started out with 5-6 years ago was the fact that it was modular. If you own enough GoPros, you can have a multitude of different types of VR cameras for each project. If you replaced lenses with wider, aftermarket fisheyes, you could do even more. Cameras could consist of anything from 2 up to 16 GoPros, or even more.

Back in those days, if the camera was damaged, you could easily swap it with another GoPro and just keep shooting. There was no need to send the camera overseas to have it repaired. Unibody cameras have to go back to the factory. Most manufacturers don’t even recommend that we change the lenses ourselves, because they have to be calibrated in the factory. This is not sustainable for either party. 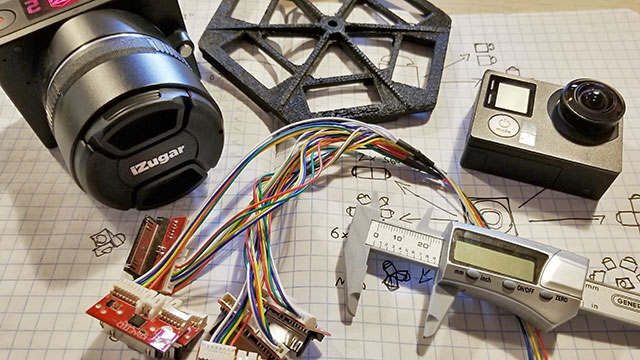 Instead, why not consider a VR camera to be a set of lens and sensor components that can be attached together like building blocks. The end result is any camera you want it to be. In the end, all we’re doing is recording circles on sensors and writing data. Why limit the number of lenses to something so rigid as a camera body?

Based on the sensor technology we have today, considering what we’ve seen with cameras like the GoPro Hero7, I’m surprised that nobody is building an ultra compact camera for building VR multi-cam arrays. GoPro has all but ignored the 360 video creators with recent products by making it physically impossible to even sync their newer camera models. Imagine if you strip out all of the features that we don’t need; such as display screens, voice activation, onboard stabilization, GPS, and a boat-load of resolution options we won’t use. Then add back in a wider lens and the ability to sync. We might end up with something like this:

The idea would be that each of these camera modules could plug in to a base control unit that could change all settings, sync all cameras, have powerful WiFi for remote access and mobile apps, power all camera modules with a central battery if desired, and write files to a single storage source. Alternatively, each camera module could be used standalone with a micro SD and internal battery if desired. Think of it like a GoPro Session, but strip the features we don’t need, and add a super wide fisheye. 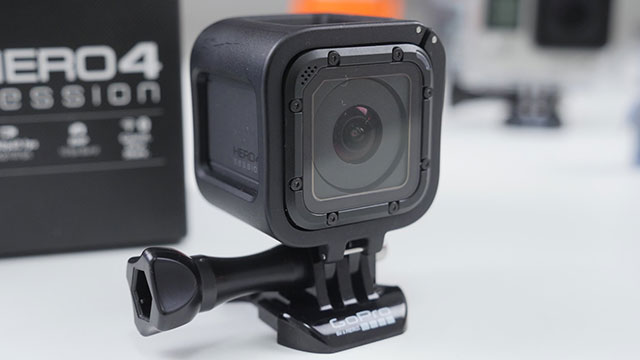 The GoPro Hero4 Session is close to ideal, as far as form factor is concerned.

A single flexible cable (or set of cables combined) could handle sync, power, and data transfer from each camera module to the control unit. When using cameras standalone, cables could be daisy-chained and one of the cameras could be set as a master.

If it were designed correctly, a manufacturer could also sell mounts for these cameras with the cables built in, where cameras simply plug into place. This could avoid the hassle of having to run cables, and could potentially keep the whole system more water-tight for extreme situations. The cables could be useful for situations where you need to custom rigs for those 1-off cases and odd lens arrangements. 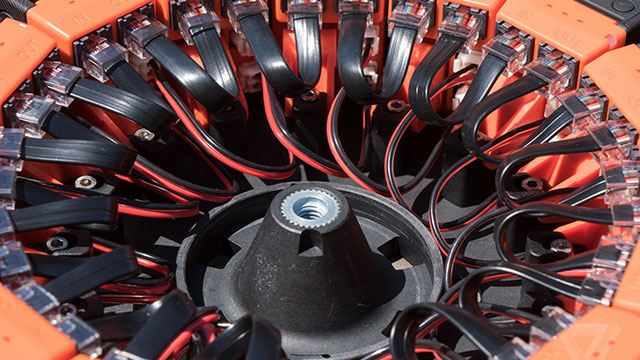 The GoPro Odyssey incorporated sync cables, but sadly, this concept wasn't used for any other camera offering.

The control unit could have any number of cameras plugged into it, giving content creators the ability to build any kind of rig they want: such as 2 cams side by side for VR180, 2 cams back to back for ultra compact close proximity stitching, 8 cams in a radial ring for stereo, 4 cams for 360 mono with great overlap. Obviously we would be limited on how many different camera modules could be used at any one time, but somewhere in the neighborhood of 8 to 12 would give us lots of options.

With a modular system like this, the camera manufacturer could sell not just 1 product to a customer, but a whole ton of products and accessories. The accessories also have better margins. You make money on the control units, the individual camera modules, the camera mounts, the cable harnesses and more.

This is sustainable. The control units could offer different features. For example, maybe the 12 camera control unit costs more than a cheaper model that might only connect 6 cameras. As the camera technology advances, new camera modules could be released. Your customers would return to buy upgrades, knowing that they already have invested in several of your accessories that will work with the new upgraded gear. This is more than just a product, it’s an entire tool set.

You might also have the option to release a camera module with larger, superior optics at a higher price point. The control unit should be hardware agnostic in this regard, so that it’s backwards compatible and able to connect to any of your camera modules I choose to plug in. The possibilities are endless when you don’t confine your thinking to a single camera housing.

The end result is a set of tools that empower any content creator to build any rig they want. Your camera can be any camera we want it to be, whether we shoot mono, stereo or VR180.

Cinematic VR Video is a Labor of Love 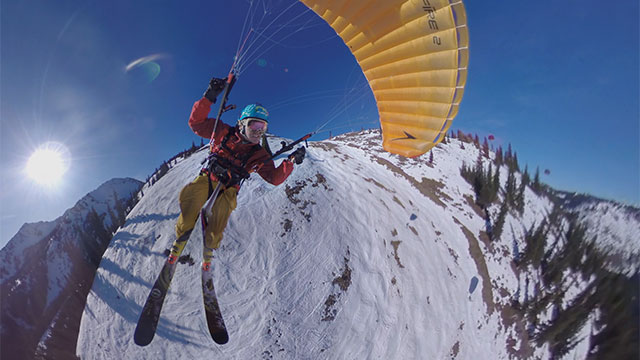 We do this work because we enjoy it. It’s not easy, but the challenge is what makes it so fun and rewarding. So many of the newer 360 video cameras being released today are all about making the workflow easy and convenient, but for many professionals, this difficult workflow is our livelihood. To me, it seems like more of these products are designed for prosumers who want to work with 360 video on a professional level, not for those who already do.

As VR filmmakers, we want to experience stories, not just tell them. This is where camera manufacturers are failing us. We can’t put heavy $10,000 cameras into POV perspectives easily. We can’t shoot high enough framerates for extreme action. We can’t take them out into the real world where we have challenges like mud, rain, sand and other hazards without destroying them. We need cameras that capture real life, where and when it happens. This is our challenge. Who can help?